Norifumi Irie (M2) conducted fieldwork in Luang Pragang, Lao P.D.R for about 2 months from 20th March to 31st May 2015. Wetlands in Luang Prabang, formed with some 180 ponds and its network system situated in the city, are one of critical properties that complement the unique townscape of Luang Prabang, and thus, inscribed in the inventory. Previously, a survey was conducted by ICT team in the 2014 summer. Through the survey, it was found out that some of the ponds/wetlands were in decreasing/devastating tendency, and there have been many uncertainties existing in the ponds/wetlands such as how many ponds have been lost/damaged to what degree. To crystallize those uncertainties, Irie engaged in “Visualization of change in ponds and wetlands in the protected area and qualitative studies on attitude of people toward ponds and wetlands preservation” with huge contribution of ICT team members. The major fieldwork activities include: 1) visualizing changes in ponds and wetlands; 2) interrogating interest groups on ponds/wetlands-related issues; and 3) communicating with DPL team, who play the role of decision-making, through multiple workshops using geographically summarized information.

The scenic changes in the distinctive area stretching over Mano and Phonkham villages where a major water course lays down were visualized with use of satellite images at different time points (2002, 2008 and 2014). This visualization made it clear that some area of ponds and forest was already lost and converted into some other land cover types. On-site field surveys were auxiliary implemented to identify ambiguous objects and spaces that are hard to observe from the satellite images due to low resolution or/and the shadow of upland objects. The surveys also revealed that some ponds were well protected because of preferable conditions of the owners (i.e. there are young male family members) and vice versa.

Face-to-face interviews were conducted with thirteen individuals from the interest groups: six DPL officers, five pond owners, and two pond neighbors. Open-ended questions were designed to help interviews go smoothly and purposefully. There were three major objectives for this activity: 1) to gather opinions from different interest groups and understand their perspectives; 2) to analyze possible factors that affect people’s attitude toward ponds and wetlands preservation; and 3) to lay out possible causes of decreasing/devastating trend of ponds and wetlands.
There were some interesting facts extracted through the interviews. For example, there were different perspectives toward ponds among people in different life condition. A pond owner with low-income regarded ponds as important resources to support her family; a pond owner with high-income mentioned keeping ponds is little beneficial.
Interview contents were digitalized, and key information were extracted and categorized based on Ground Theory. Consequently, 21 possible factors that affect people’s attitude toward ponds and wetlands preservation were identified. For example, “Knowledge of World Heritage” might affect people’s attitude as some respondents mentioned the title of World Heritage makes ponds and wetlands important.
The interviewees were also asked what causes the decreasing/devastating trend of ponds and wetlands. The stated causes were classified into two types: natural and artificial causes. Many of the interviewees, particularly, emphasized on the great influence of artificial causes. As an example of the artificial causes, one person mentioned that some people reclaimed ponds to construct buildings for new business.

Discussions and workshops had been taken place multiple times during the fieldwork. In Collaborative GIS Workshop, a deliberate workshop with use of spatially analyzed information on GIS in a formal setting, all the results obtained through the other activities were shared and discussed among experts of DPL team. The opinions and advices given by the experts during the workshop will be reflected on the research. 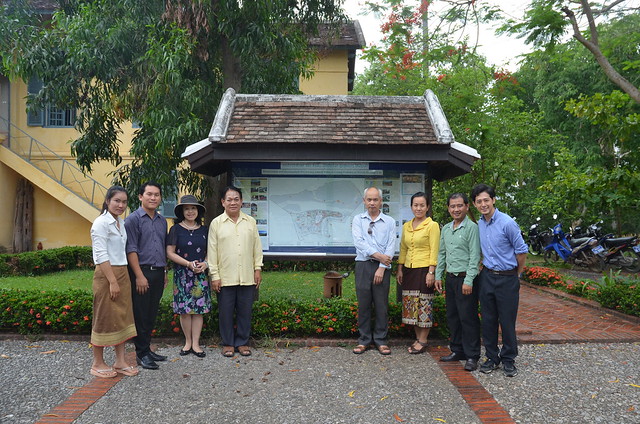 Irie learned that the fieldwork objectives could be attained only if the cooperative effort from the local side is made. This fieldwork became fruitful thanks to all the experts of DPL spending their precious time and providing great opportunities to our team.